Protect Your Furry Friend from These Common Holiday-Related Risks 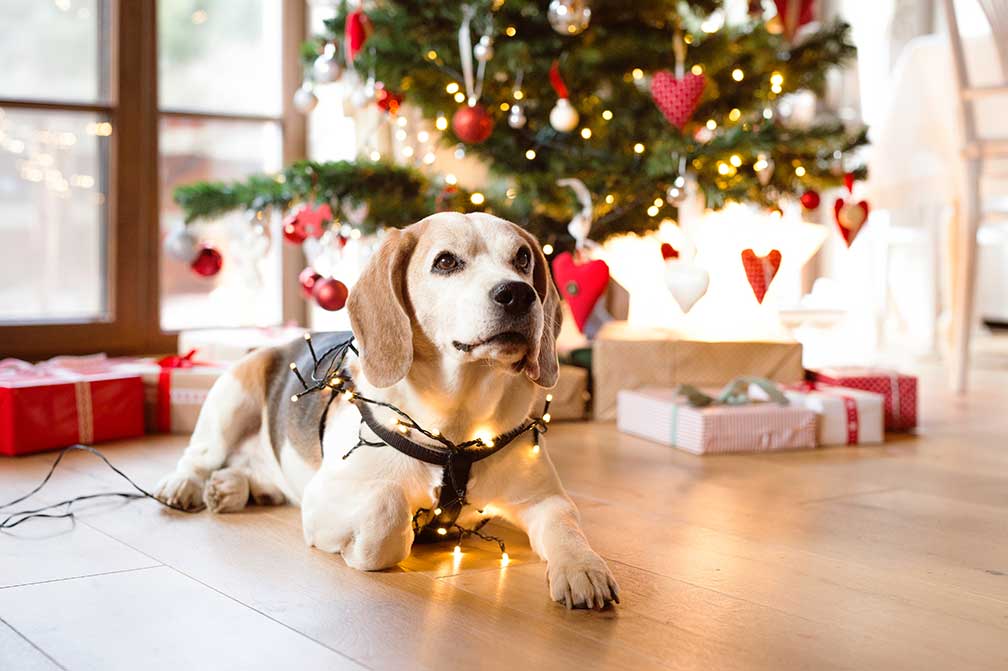 When it comes to celebrating the holidays at home, many of the things that make the season merry and bright for humans may present potential dangers to our four-legged family members. Dogs may dig into the wrapped box of chocolates placed under the Christmas tree. Curious cats may try (and fail) to scale the towering tree. With so many twinkling and tasty temptations around every corner, ingestions and accidents can lead to unplanned veterinary visits.

Nationwide®, the first and largest provider of pet health insurance in the U.S., analyzed its database of insured pets and released its most common claims for medical conditions that can carry an elevated risk during the holidays.

“Festive food and décor should be enjoyed this time of year but a little extra vigilance on the part of pet owners can go a long way to making sure the holidays are safe and happy for everyone in the family,” said Dr. Jules Benson, Nationwide’s Chief Veterinary Officer. “We’ve needed the companionship of our pets more than ever this year but resist those begging faces and avoid sharing table scraps or leftovers! I won’t pretend your pets will thank you for it, but a holiday without a trip to the vet is even more desirable in 2020!”

The costliest conditions to treat from the list above are related to ingestion of items that are not intended to be eaten. Among Nationwide-insured dogs and cats, the average cost to remove a foreign object lodged in the intestine is $2,112 per pet and treatment of a foreign object in the stomach follows at an average of $959 per pet. On the low end of the expense spectrum, treatment of diarrhea and burns come in at an average cost of $226 and $213 per pet, respectively. With Nationwide pet insurance, eligible veterinary expenses may be reimbursed up to 90% based on the member’s chosen coverage.

Nationwide, a Fortune 100 company based in Columbus, Ohio, is one of the largest and strongest diversified insurance and financial services organizations in the United States. Nationwide is rated A+ by both A.M. Best and Standard & Poor’s. An industry leader in driving customer-focused innovation, Nationwide provides a full range of insurance and financial services products including auto, business, homeowners, farm and life insurance; public and private sector retirement plans, annuities and mutual funds; excess & surplus, specialty and surety; pet, motorcycle and boat insurance. For more information, visit www.nationwide.com.

Nationwide, Nationwide is on your side and the Nationwide N and Eagle are service marks of Nationwide Mutual Insurance Company. © 2020.